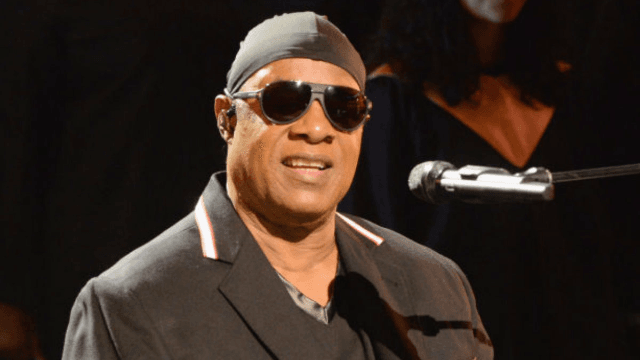 Stevie Wonder gets political during show in Central Park.

On Friday, Trump said that NFL team owners should fire players who kneel during the national anthem. This was a direct reference to the former San Francisco 49ers quarterback Colin Kaepernick's protest of racial injustice, and the fellow players who kneel in solidarity. Over the weekend, a growing number of NFL players, coaches, and sports fans have taken a knee and spoken up in solidarity against Trump's comments.

On Saturday night, the beloved Stevie Wonder took a knee during a performance at the Global Citizens festival in Central Park, joining the increasing number of people kneeling for racial justice.

"Tonight, I'm taking a knee for America. But not just one knee, I'm taking both knees. Both knees in prayer for our planet, our futures, our leaders of the globe, and our world," Wonder told the crowd.