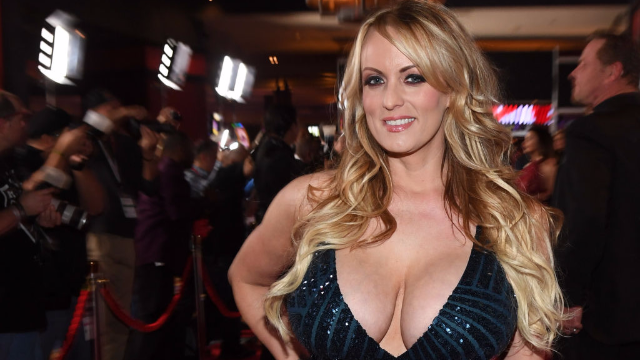 Good news for everybody who wanted to know just how hairy President Trump's testicles are!

Stormy Daniels, the adult film star your children will be learning about in AP US History, released her memoir Full Disclosure and boy, does it live up to its name.

While the book covers more than just the Trump Affair (she also writes about the legal battle that made Michael Cohen a felon and Trump an unindicted co-conspirator!), it goes into great detail about her encounters with the president. Here's what you need to know about Trump and Stormy's affair to help your children study for their AP US History test.

2. She was introduced to Trump alongside other adult film star actresses at the American Celebrity Golf Championship in Lake Tahoe in 2006. He was surprised to learn that she doesn't just star in adult films, but directs them, too.

3. Trump didn't ask her out directly—his bodyguard did on his behalf.

[The bodyguard] was in his late forties, mostly bald except for a wisp of close-cropped light hair up top. "Mr. Trump wants to know if you can have dinner with him tonight," he said.

The bodyguard, Keith Schiller, went on to work in the White House for awhile, and currently makes $15,000 from a GOP "slush fund."