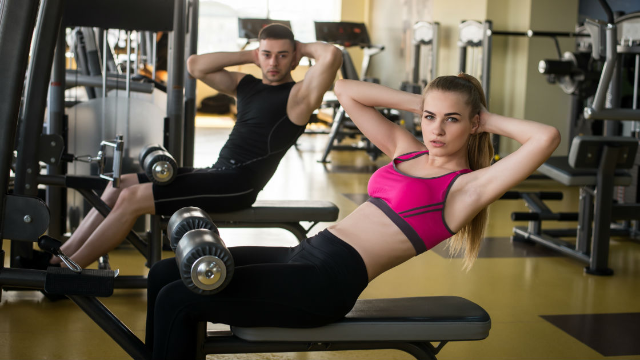 Stranger tries to help woman fend off creep at the gym. It didn't go as planned.

A kind stranger did the right thing and stepped in to help another woman fend off a creep at the gym. However, much to her surprise, the creep in question was actually the other woman's boyfriend.

The Twitter user and overall good samaritan Maddison Wescott was mid workout when she spotted a man commenting on another woman's stretch pants. When she stepped in, the other woman, Nicolette (@nictoobomb) and her boyfriend Ricky immediately started laughing, and assured Wescott the interaction was in jest.

Apparently, Ricky was pretending to hit on Nicolette like a creepy stranger as a way to annoy her. So really, there was no way for Wescott to mind read and decipher the difference between the couple's banter and true harassment.

Nicoletta shared the interaction on Twitter, and sent a shout-out to the kind woman who stepped in on her behalf.