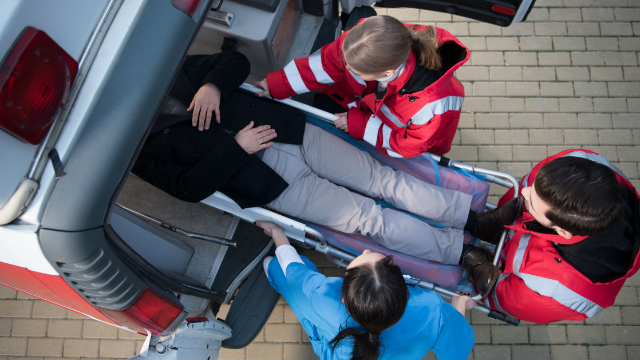 Student asks if he's wrong to blame roommate for sending him to ER for being too drunk.

If you ever see someone who is unable to stand, walk, or talk because of alcohol intoxication, it's not always the best idea to send them to "sleep it off." Severely drunk people can vomit in their sleep and choke or risk brain injury. Liquor, while fun, is a drug! Ok, end of lecture, kids, class is dismissed!

Heavy drinking combined with the overall nightmare that is healthcare can cause a lot of problems physically and financially for college students especially. When a recent Reddit user consulted the moral guide of the AITA (Am I the As*hole?) section of Reddit, people weren't on his side. For the record, if your roommate calls an ambulance because you're too drunk, they probably just care about your health and safety...

AITA for being livid at my roommate for calling me an ambulance?

So Thursday, I went to a party one of my friends threw. It was your pretty standard college party and I got pretty drunk yada yada. When I went back to my house, I was stumbling around trying to get to my room. One of my housemates helped me to my room and told me to sleep it off which I planned to do.

I don’t remember too much since I blacked out but this is what some of my housemates told me. My roommate was in the room when I came in and he said I kept falling off the bed and talking to myself. He ended up calling an ambulance for me and apparently the EMTs forced me to go to the hospital and threatened to call the police if I didn’t go so I didn’t have a choice.

When I woke up in the hospital the next morning, the nurse gave me papers to sign and then let me leave. They also stuck me with a $1000 hospital bill for the ambulance. Since I was basically dragged to the hospital, I left my keys and phone inside so I couldn’t get in. None of my housemates were home so I ended up just waiting outside of the house for like an hour before one of them finally came back. On top of that, I missed my CAD class which is a whole different story.

I was absolutely pissed with my roommate for calling me an ambulance. Not only did I end up spending the night at some hospital, I got a $1000 bill on top of it too. It’s one thing if I had alcohol poisoning or something like that but I literally just slept at the hospital and left the next morning. The housemate who helped me inside was on my side, he said I was hammered but it wasn’t that bad and I could just sleep it off. The roommate said he got scared and didn’t know they would take me to the hospital but that just made me even more mad since there was like 5 other people in the house at the time and his first reaction was to call the police rather than ask the others. So AITA?