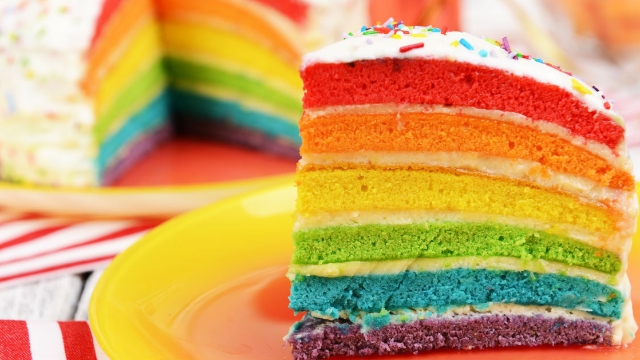 Can you get expelled from school for eating a rainbow cake outside of school on your 15th birthday?

Apparently in Kentucky you can! According to The Washington Post, Kimberly Alford ordered a cake for her daughter's birthday instructing the bakery to make the colors "pop." The bakery innocently interpreted those instructions and designed a beautiful rainbow cake, but when Alford posted a photo of her daughter with a matching rainbow shirt, chaos ensued.

Alford's daughter Kayla was expelled from her private Christian (surprise!) school, immediately after her birthday when Alford received an email from the academy's head stating the following:

“The WA Administration has been made aware of a recent picture, posted on social media, which demonstrates a posture of morality and cultural acceptance contrary to that of Whitefield Academy’s beliefs,” Jacobson wrote. “We made it clear that any further promotion, celebration or any other action and attitudes counter to Whitefield’s philosophy will not be tolerated.”