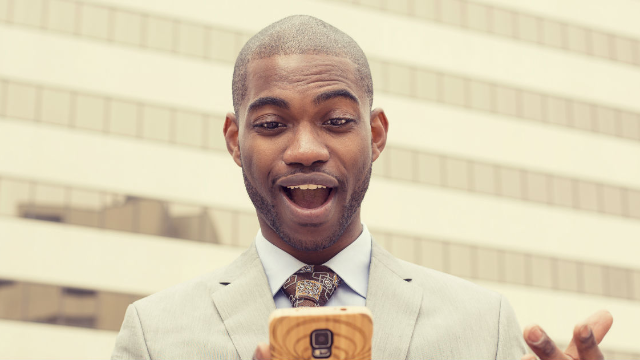 When the Twitter user Alexia (@creoleegyal) sent her boyfriend a few selfies while he was at work, she likely expected a winking emoji or a passing compliment in response. However, he transcended her expectations and truly went above and beyond.

When Alexia posted her boyfriend's dramatic response on Twitter, the internet immediately fell in love with both of them.

This is dramatic and actually adorable.

I send my boyfriend some selfies I just took while he's at work and this is his response 😂 pic.twitter.com/nviQOYNjVf

The best part of his response is the fact that he needed a coworker to photograph for the ordeal.

This also means he had to explain "this photo of my lying on the ground is for my girlfriend."

Bro told a co worker to take a picture of him cause his girl looks good. King. https://t.co/Eq0usQ0zJf

We need some details on the coworker, are they single?!

I’m dying cause he had a coworker help take the pic too. https://t.co/6gGSwkk9wx

Mostly, people on Twitter enjoyed how unabashedly in love the couple seems.

If there's not love, there is at least a well of unabashed thirst.

One could say they reached viral relationship goals status.

Getting your phone blessed by the love of your life🤤🤤

lol it feel weird when people call us goals, we regular schemgular peeps

It looks like the cute selfie exchange even led to a night out on the town for the couple.

Why he jus called me saying “put some clothes on, we going out to eat” pic.twitter.com/yG7sQ0Rxqw

Naturally, Twitter was here for all of the PDA.

He is so dramatic and I love it. Good for you! I support y’all. pic.twitter.com/KrCV64xLvY