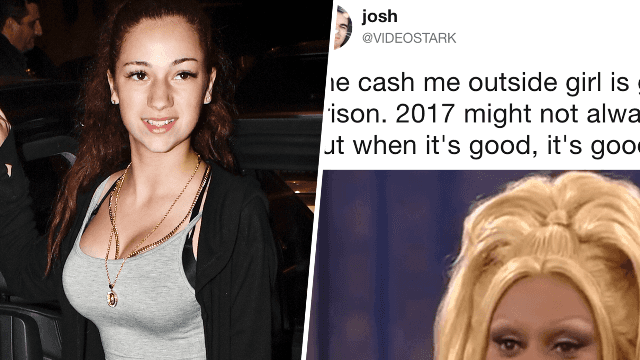 The “Cash Me Ousside” girl may be going to jail, and Twitter seems happy.

(If you don't remember, the 14-year-old (yes, she’s only 14) became an Internet sensation overnight after appearing on the Dr. Phil Show last year and coining the phase, Cash Me Ousside, How Bow Dat?)

The story was – she was an out of control teen who her mother could not control – and, Dr. Phil was supposed to help them. Instead, Dr. Phil made her a millionaire overnight by allowing her on his show and, in turn, millions of teenagers lost tons of brain cells listening to her garbage.

After appearing in court in Delray Beach this week, Danielle pleaded guilty to several charges – including grand theft, possession of illegal drugs and filing a fake police report. All of these charges were filed before she was ever on the Dr. Phil Show and before she went viral online.