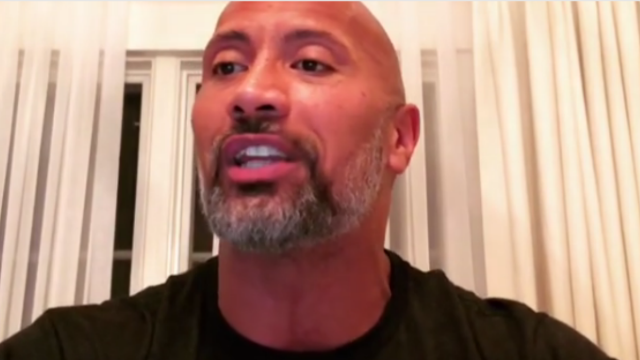 The Rock sent a hilarious get well video to a sick grandma, called her a 'sexy tiger.'

It feels like a flimsy understatement to merely say the newscycle is depressing, but sometimes, the English language can only do so much to describe the hell at hand. Luckily, amidst all of the sadness and horror, The Rock still exists as a beacon of positivity and beauty. As if to prove this very point, mere days ago The Rock sent a hilarious video to a grandma currently in the hospital fighting cancer.

When a steadfast fan and doting grandchild sent The Rock an email requesting he send grandma Judy a get well video, the response video did not disappoint.

The email revealed that grandma Judy was being moved to hospice to deal with stage 4 of pancreatic cancer. The email also revealed that Judy specifically wanted The Rock to call her "sexy," as any wise woman would. He obliged at least three times in his video, which is truly good bedside manner.