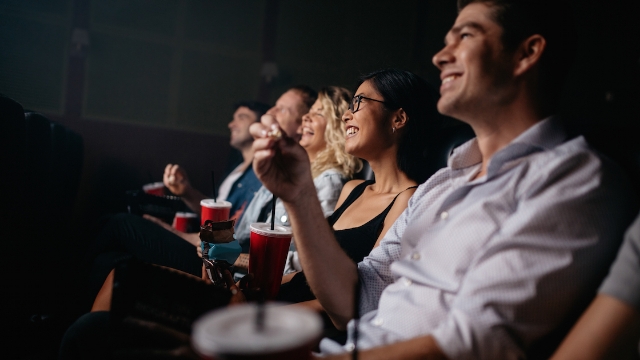 In theory, having other people yell things out during a movie viewing is supremely annoying. After all, what's the point of all of those long-winded announcements if not to tell people to shut their traps and let others enjoy the silver screen?!

However, there is an exception to every rule, and most of us have heard a stranger yell something hilarious at a movie at least once. Sometimes they're cutting a tense moment with a proper lambasting, other times they're making an on-screen joke even funnier, and other times they're having their own personal meltdown.

In a popular Reddit thread, people shared the funniest things they've heard shouted at movie theaters, and it proves why it's so great to see films in the presence of strangers.

Was watching inception, second night out, there was a power failure in the planning scene. Pause then emergency lighting comes on and a guy down the front jumps up screams "IT WAS ALL A DREAM" and runs out of the theater.

A guy yelled "MORTAL KOMBAT!!!!!!!!!!!" at the top of his lungs when the credits started rolling from the first Mortal Kombat movie. It sounded just like the original voice. I was like, seven years old at the time, but I will never forget it.