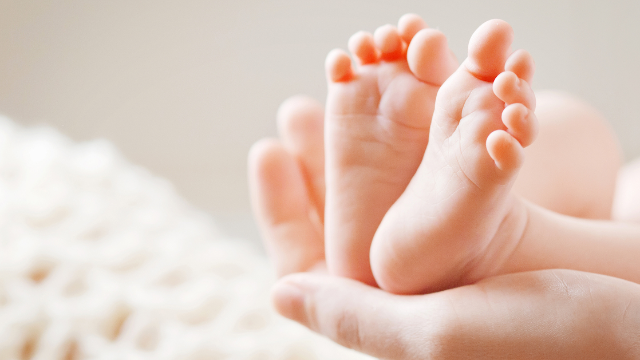 7 people share stories of when they realized the baby wasn't theirs.

If you watch Law & Order, chances are you're familiar with the storyline of a father finding out the kid isn't his. The drama of this plot line is ripe, and it provides the perfect opportunity for the slow, dramatic zoom ins that the show is known for. But what goes down when this happens in real life?

Someone on Reddit (MurkMunny) must have had this exact question, as they posted the question: To any Redditors who wife/significant other that clearly wasn't yours...what's your story.

People came in hot with some pretty wild stories, and here are seven of our favorites.

1. Stuntedatpuberty was in denial for a while.

I am now in my 50s. Back in my 20s, I was really desperate and dated a woman who was about 12 years older. About 9 months into our relationship, I go away to another state for a weekend trip. Come back and found out that she had given birth to a child.

I was perplexed because she didn't seem pregnant and no one around us knew she was pregnant. She even said that she didn't know that she was pregnant. I'm black, the woman was white and the kid was powder white. But, I do have white in my family. I didn't believe the kid was mine because, 1) I would have had to impregnate her in the first month (possible, but I don't remember ejaculating) , 2) she looks nothing like me and 3) she's too light to have my genes.

My mom convinces me that this has to be my kid because the woman says it is and that I have a mixed background. I want to believe it because not believing it means some other guy is the dad. But, my rational side says there is no way she's mine.

So, we move in and eventually get married. The relationship doesn't last and we separate. I decide that I have to find out the truth, even though I know it. I get some money together and get a DNA test. Sure enough, I'm 99% excluded.

I show the results to the mother and she says I'm wrong and the test is wrong and that I just don't want to be a dad. I tell her that I do, but I'm done paying child support. However, I give her the option to pay for another DNA test or go through the courts. She declined.