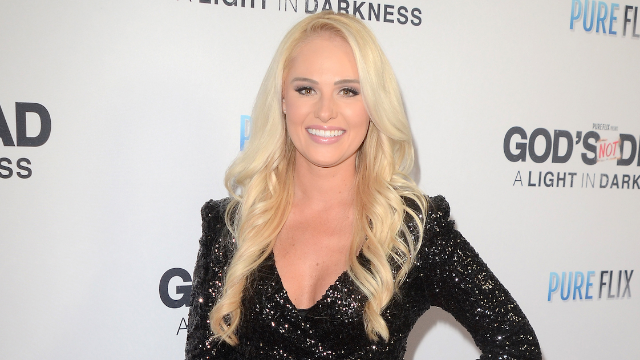 Tomi Lahren is at it again, giving bad takes at the absolute worst times.

Following the two mass shootings this weekend in Dayton and El Paso, the sum of which left 34 people dead and many more injured, Lahren decided to tweet about why she doesn't believe Trump or the NRA are to blame despite the EL Paso shooter's racist manifesto inspired by the president.

Instead of addressing the lack of gun reform and racial hatred, Lahren blamed last weekend's mass shootings on a youth mental health crisis caused by "over-medication" and "absentee parents."

It’s not Trump’s fault. It’s not the NRA’s fault. When will our nation wake up and realize we have a youth mental health crisis likely caused by over-medication, absentee parents, and a culture that glorifies infamy and notoriety above God, family and community?

She went on to ironically lament all of the finger blaming that goes on after tragedies, and claimed we need to be problem solvers.

Our nation used to come together after tragedy and now all we do is point fingers, assign blame, widen the division and hate one another. What does that solve? We are Americans. We ALL need to start acting like it.