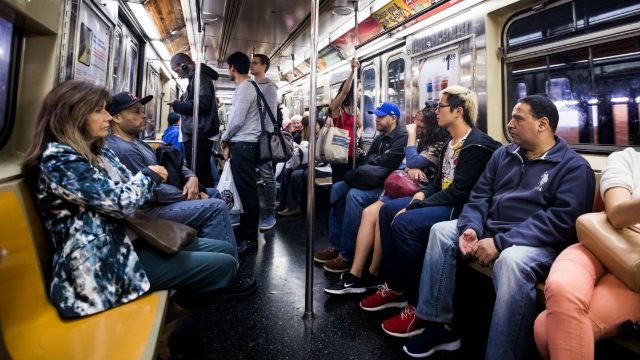 Man asks if it was ok to insult woman's weight after she snapped at him for touching her purse.

The AITA (Am I the Asshole?) section of Reddit is a wonderland of questionable morals. If you like to sit on a throne of judgment from afar, AITA is the place for you.

While it's never a good idea to attack someone's appearance, regardless of how terrible their personality is, we all make mistakes. When we're angry and at a loss for words, insulting someone's appearance seems like the best twist of the knife, but an attack on someone's character is usually more effective.

During a recent public transportation encounter, someone caved and went for the low hanging fruit of a body-shaming comeback. However, maybe the target deserved it? Let's see...

Train is packed, it's hot, I'm tired and looking for a place to sit. Everything was occupied, but at one point I see an old lady get up and start making her way to the doors. I went over to sit in new place, but found a purse in it instead, belonging to the girl in the window seat. I asked her if she could move the purse, but she didn't respond. I noticed she had headphones in, so I figured I'll just pick up the purse and hand it to her as I'm sitting down.

As soon as I touched that thing, she went off on me with the most disgusted look and tone, asking me what the fuck I was doing. I explained. She then had the nerve to lie that she was keeping the seat for her friend. I told her I knew for a fact she was alone because I just saw the old lady get up, to which she did not respond. So I started making my way down, forcing her to pick up her purse if she didn't want it crushed under my ass.

This released an even bigger tirade and series of "what the fuck is your problem"-s. I saw another old lady looking for a seat and approaching ours, so I figured I'd had enough petty bullshit, turned around to the girl - who was slightly overweight - locked eyes with her and told her "Oh I'm sorry, I didn't realize you actually needed two seats to be able to fit. My bad, I'll get up now". I got up and offered my seat to the old lady, who took it with a smile, seemingly ignoring the huge shitstorm that was spewing out of the girl's mouth as I was walking away.

I noticed some people gave me dirty looks, but others were chuckling, so I kinda wondered if I stepped too much out of line there.