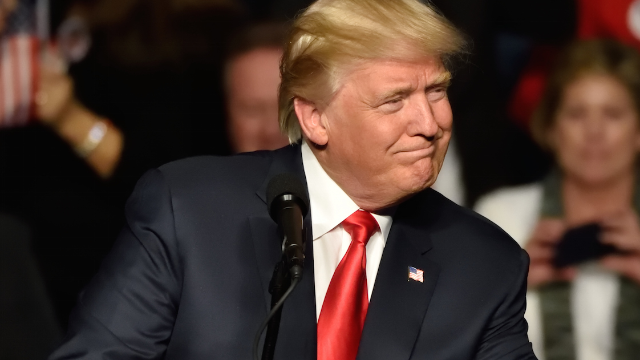 Trump claims democrats are 'trying to take your guns away' hours after synagogue shooting.

I regret to inform you that Donald Trump spent two hours speaking about some of his favorite topics yesterday at a rally in Wisconsin. Within this two hour spiel, Trump managed to refer to the FBI as "scum," falsely claim that Democrats execute their babies after they have been born (this is his idea of how abortion works), and brag about how relocating undocumented immigrants to sanctuary cities was his "sick idea."

And he didn't stop there, if you can believe. Trump continued to get the crowd all riled up by talking about how Democrats are trying to "take away your guns." The twist? These comments came mere hours after a gunman had opened fire at a synagogue in California.