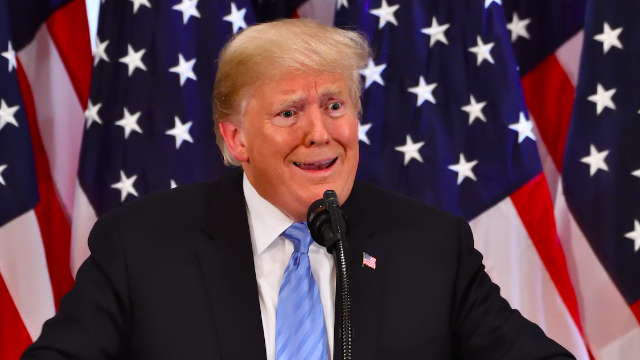 Trump claims that windmills cause cancer, gets diagnosed with being an idiot.

From the man who brought you, "The Great Lakes have record deepness," we now have, "The noise from windmills will give you cancer." I'll give you a second to spit out your coffee.

Trump claiming that the noise from windmill causes cancer.

This is just beyond parody at this point.pic.twitter.com/RJ4eWYX9hr

Okay great, now let's talk. The president is going after wind and windmills now. During his speech at the National Republican Congressional Committee dinner, Trump said, "If you have a windmill anywhere near your house, congratulations, your house just went down 75% in value. And they say the noise causes cancer." This all came after he attacked Hillary Clinton for being an advocate for wind energy, in case you were wondering why he would decide to go off on windmills.