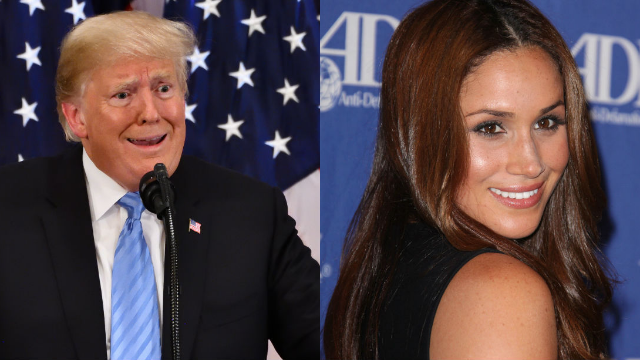 While it's hardly surprising that Donald Trump and Meghan Markle are not on the path to a strong friendship, the way it's currently manifesting feels straight out of a reality show.

Trump quickly kicked off his diplomatic visit to the UK with a not so diplomatic interview with The Sun tabloid. During the interview, Trump was asked if he was disappointed to miss Markle (who was away on maternity leave) adding that she was "wasn't so nice" about his presidential campaign.

When Trump claimed to be unaware of Markle's disapproval of his politics, the interviewer revealed the Duchess of Sussex called the reality star "misogynist" and "divisive" and claimed she would move to Canada if he was elected.

To this, Trump simply replied "I didn't realize she was nasty."