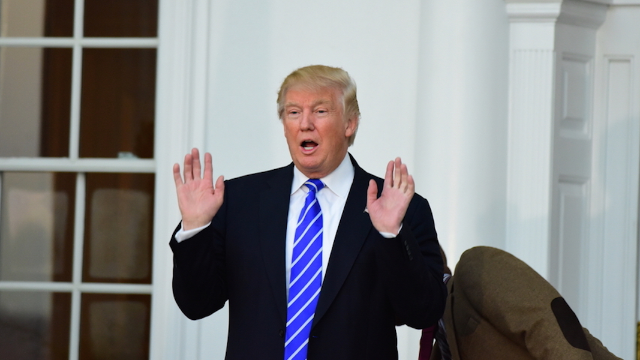 People are dragging Trump for wandering off stage at G20 Summit: ‘get me out of here.’

If you thought Trump could get through the G20 summit in Argentina without embarrassing himself on a world stage, you must have forgotten who the president is. The internet is ablaze today with the news of Donald Trump confusing Argentinian President Marci by leaving him hanging on stage after a quick handshake, and then apparently muttering "get me out of here" as he wanders off. Is he...okay?

Is Trump losing his mind or is he just acting like a child by bailing on an event because he simply doesn't feel like being there? It's truly a toss up, as both of those options are completely plausible. Either way, the moment was hilarious, and people had some things to say about it.

Hilarious moment Trump wanders off the G20 stage before a group photo and leaves Argentina's President Macri on his own before he is caught muttering 'Get me out of here' on a hot mic pic.twitter.com/bODZGTbce2