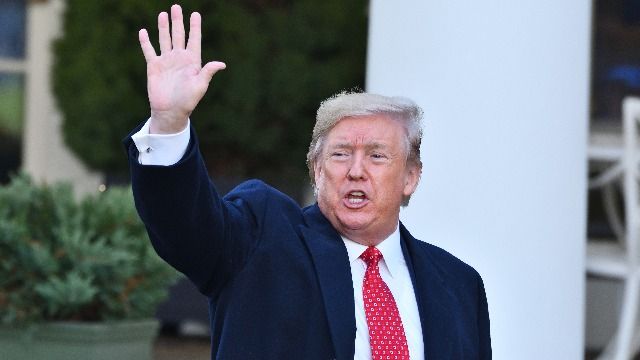 18 of the funniest reactions to Trump's farewell ceremony.

Young man, there's no need to feel down.

Donald Trump, in his last event as President of the United States, said farewell to an intimate group of family and supporters at Joint Base Andrews. "We will be back in some form...have a good life," said Trump, echoing a generic yearbook signature from behind the podium with the presidential seal.

Then, for one last time as the Commander-in-Chief, he danced to The Village People's iconic song about hooking up at the gym.

"We will back in some form ... have a good life," says Trump, befor he's serenaded off the stage one last time as president by the thumping beat of "YMCA" pic.twitter.com/daAN2J23wO

The moment was both an absurd and apropos grand finale to the last four years. Here are a few of the funniest reactions.