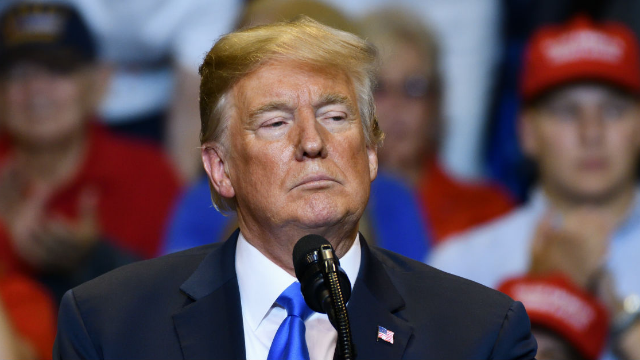 Looks like our president is at it again, saying insensitive nonsense!

One of the job requirements of the President of the United States is that he must be able to behave like a mature adult in the wake of a national tragedy, or in this case, national tragedies. Every president before him has been able to conjure up condolences and support for families impacted by tragedy, while offering words of encouragement, hope and a possible solution for the future. And, to Trump's credit, he really did almost get there this time.

This week has been a tough one for our country as a 21-year-old man in El Paso, Texas opened fire in a Walmart and killed 20 people while injuring many more. Then, less than 24 hours later, 9 people were killed in the Entertainment District of Dayton, Ohio when a 24-year-old man killed 8 people and injured more. Instead of finding the common theme of both of these incidents which were young white men who shouldn't have guns, Trump said this: