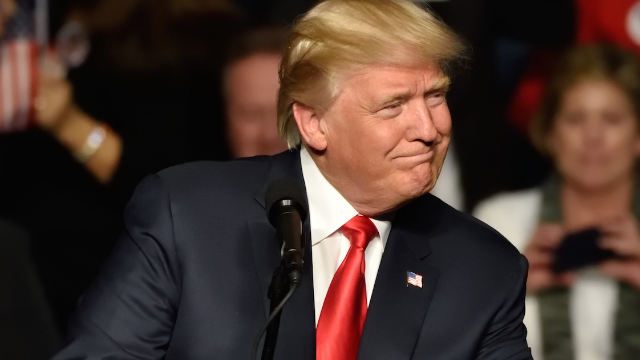 Trump accidentally owns himself by bragging about his 'approval' rating.

Nothing says 'America' quite like a mediocre white man bragging about his mediocrity. And nobody does this as well as the president. Yesterday afternoon, Donald Trump tweeted out a 50% approval rating for his presidency, implying that this was proof that he is making America Great Again. He also managed to incorporate the term "witch hunt" in the tweet, which is another one of his very productive hobbies.

Despite the Phony Witch Hunt, we will continue to MAKE AMERICA GREAT AGAIN! Thank you!! pic.twitter.com/MXuiolM745

This poll is better than usual for him, as most polls have hovered around 40 percent. However, it's still only 50 percent, which isn't very high. That still means half the country does not like you. Of course, people were quick to point this out.

Yet its only 50%. How bad has it become when being 50% is something to brag about?