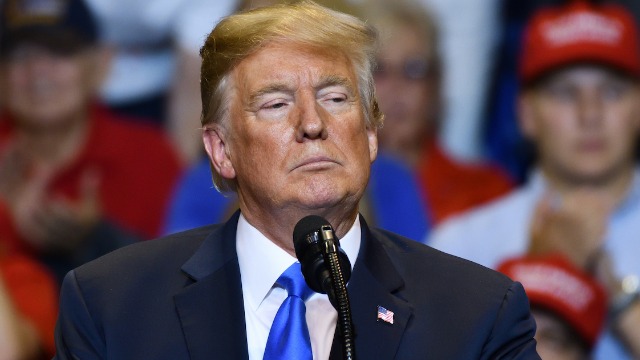 Twitter has taken action against Donald Trump and the White House's official account after the president made posts violating the site's rule against glorifying violence while tweeting about the Minneapolis protesters.

Two tweets were affixed with a warning label Twitter calls a "public interest notice" that readers click through before seeing the posts. Neither of them can be immediately viewed while scrolling the timeline, or responded to directly, but people can still quote tweet with a response after click through the Twitter warning.

While the tweets aren't fully removed from the site, flagging and removing their visibility from the general timeline is a big step for the company that has previously let Trump tweet unchecked.