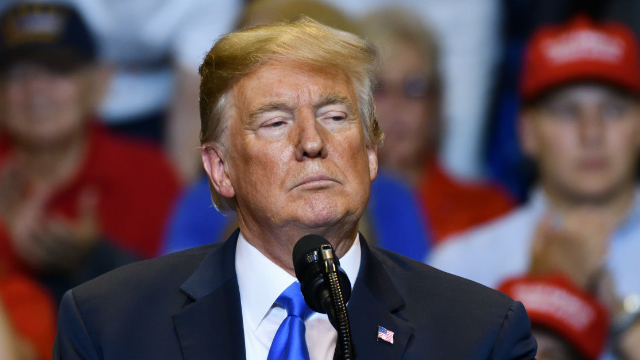 Trump's handwritten 'final word' on the impeachment hearings is already a meme.

Donald Trump seized upon one particular bit of testimony from Gordon Sondland's hearing today. The EU envoy testified that the president told him "I want nothing" from Ukraine, and "I want no quid pro quo."

It reads like a strange, sharpie-written beat poem and watching him "perform" it is an entirely different experience. Shouting "I want nothing" twice is an interesting approach from someone who clearly has a lot of wants. Also, doth the Trump protest too much? "I want no quid pro quo." Seems a little sketchy. Still, Trump claimed Sondland has cleared him of using his office to force Ukraine to find harmful information about his opponent Joe Biden by testifying that Trump said, "I want nothing."