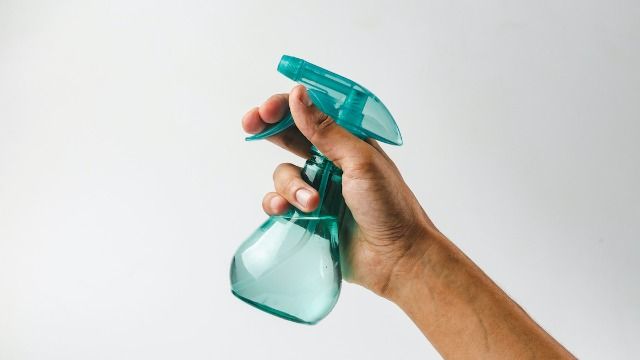 Uncle asks if he's wrong to wake up sleepy teen nephew with spray bottle for cats.

Remember waking up disgustingly early when you were in high school? I had to be dragged out of bed during a REM cycle most mornings, starting my day thrashing, disoriented, and STILL TIRED.

Most high school students experience difficulty with these early mornings... Maybe because they are an unnatural punishment enflicted upon society? Yes I'm biased, but no I'm not alone.

When a caring uncle became guardian of his teenage nephew, it became his responsibility to get him to school on time. Easy enough, right? Lol. After experimenting with different methods of waking him up, Uncle found an effective one. But it wasn't without controversy. A dispute with a family member lead this man to ultimately turn to Reddit to ask:

"AITA (Am I the as*hole) for using a squirt bottle for cats on my nephew?"

My nephew, Michael, just finished his sophomore year and is fifteen years old. Due to circumstances that I would rather not discuss on Reddit, I am Michael's legal guardian at the moment.

The only real issue I've had with Michael is the fight to get him out of bed every morning on time for school. I made him set an alarm on his phone, but he just about always would turn it off and then sleep in. I would try putting Ravioli, my cat, on his chest, but Michael would just swat her away.