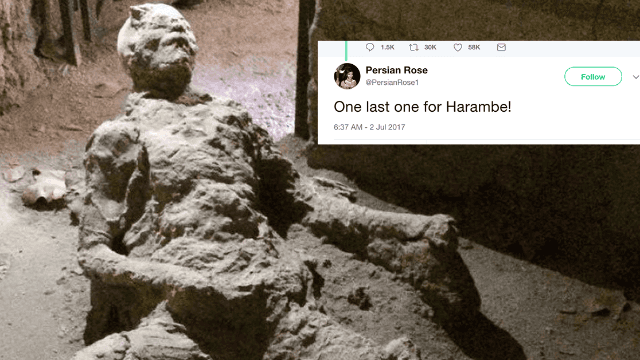 Was this dude jerking off when a volcano erupted and killed him?