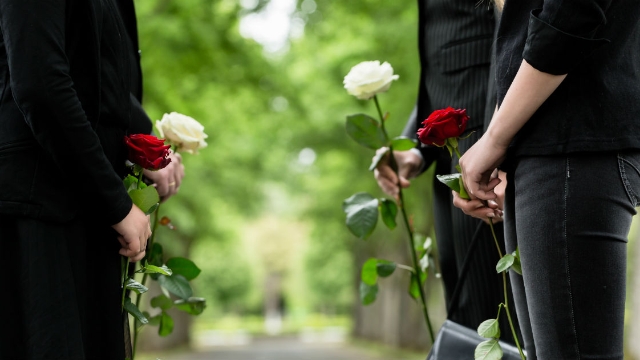 Wife asks if she's wrong to tell husband he can't go to funeral for baby he conceived with mistress.

Sometimes life is more entertaining than any melodrama made for daytime television...

Before the internet, most people consulted their loved ones and friends for advice if they had a deep, dark secret. Sometimes, they consulted strangers in bars about their problems (this was back when people talked to each other at bars instead of using bars as phone-charging, beer zombie stations) or they just had no choice but to die with their secrets. Now, we have the morally questionable land of the, 'Am I the As*hole?" section Reddit.

When a distressed woman asked strangers what to do about a situation involving a mistress/baby mama and a funeral, it was even a little too much for Reddit to handle. An affair is spicy enough, but now there's a tragedy involved and a husband who seems very out of of touch with reality.

Dive in if you dare!

AITA for not letting my husband go to the funeral of the baby he conceived with his Mistress?

This is extremely difficult to talk about with anyone I actually know, and is a secret from a lot of friends and family members. Posting on an alt in the hope that people here can give me an honest answer.

My husband of 10 years had an affair that lasted approximately 6 months. He cut it off when I found out, we went to couple’s counseling, etc. Turns out the woman was pregnant though and intent on keeping the baby. I understood that if she gave birth, my husband would have to do his part in supporting that child (at the very least, financially).

Tragically though, the baby was stillborn. I wasn’t looking forward to this baby coming but I didn’t wish for this either. My husband’s former mistress has sent details about the funeral. I don’t think he should attend. He never got to meet this child and wasn’t even there at the hospital when everything happened. If this was a child he knew at all, of course my opinion would be different. But as of now, I don’t feel comfortable with him going. He (bizarrely) said maybe I should go with him. That’s a no. I obviously am not going to attend this funeral and make the woman and her whole family uncomfortable. Despite my disdain for her, I am not going to disrupt her mourning.

There are a few people in the family that are aware of the situation. My husband’s sister, my MIL, and my mother. His sister thinks he should go to the funeral. My mother says if he goes I should divorce him. MIL refuses to comment on the situation at all.

So I’m at a loss, really. Am I in the wrong, given the circumstances?