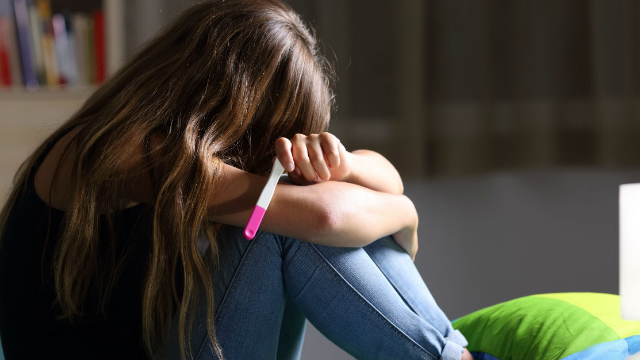 Woman asks if she can stop paying for her pregnant stepdaughter's education. The internet weighs in.

Being a mom is difficult enough, but being a teen mom is a whole different challenge.

While we're hopefully done with the MTV "Teen Mom" pregnancy pact craze of teenagers wanting and actively trying to become pregnant, accidents still happen even when teenagers think they're being safe. Birth control isn't 100% effective and as science and movies have supported for years, teens tend to be more reckless than adults.

Should you punish your teenager if she becomes pregnant?

Can you encourage an abortion without forcing it? These are the questions a mom took to Reddit's AITA (Am I the Asshole?) when her stepdaughter, whose private education she personally funded, became pregnant.

AITA for refusing to pay for my step-daughter's expenses after she got pregnant?

My husband was a teen dad, we will refer to his daughter as An. An's mom, grandma and ggrandma were all teen moms. An is now 16 years old, and pregnant.

An stays mostly with us because I am the one who pays (most of– 75%) her private high school tuition. It had always been my husband who pays for An's expenses.

When An turned 14 she wanted to move in with us to start her high school(HS) in the big city we live in. We checked on HS and since public school is terrible here, we decided to enroll her in a fancy private HS. She has always been set that she wanted to be an economist, and that she wanted to move to another country to pursue her dream. I have been separating some money for this purpose, too.

My husband and I came to an agreement that I would also help her dream to come true, but I would cease any economic help towards her tuition if she became a teen mom (An did NOT know this) and he agreed. This conversation took place two years ago... And now, An is pregnant as soon as she finished her first year.

I laid some facts down to An, gave her some articles and statistics about how teen moms are one of the most vulnerable groups of people, that this will hinder her dream of going to another country to study and that she knows the stigma it comes with. I recommended she terminated the pregnancy.

An's mom is ECSTATIC and so is her grandma. They have this weird belief where they think they can make it for so much better for her than it was for them because of "all the experience". I think they're absolute loonies; I bet they don't even have the money to pay for the hospital when the time comes. I believe they think we will pay for all of the unborn child's costs.

I am dead serious about stopping tuition and using the money I've been saving in other stuff if An decides to carry on with the pregnancy. I have NOT and will NOT make the ultimatum of "terminate or I'll stop paying your tuition", but I will tell her that I won't pay for her nice school and her child's expenses if she decides she wants to keep it. I don't even want to become one of those grandmas who take care of the child. I firmly believe a normal teen life has to be child-free. Money will go to some of the child's expenses and I will give no more. An can either enroll in a public high school (or one within her dad's budget) and set herself for a uni scholarship under dad's budget.

My husband is telling me I need to understand the situation. I do not and will not endorse this teen mom dynasty in any way, this is the hill I will die on. I can actually continue paying for her fancy high school, saving (a lot less) for the uni, and some of the future child's expenses too, but I feel like I'll be rewarding her for being irresponsible and fucking myself over something I shouldn't. Husband firmly believes I am doing this to punish An and I am being an ass for compromising her future over this matter. AITA?