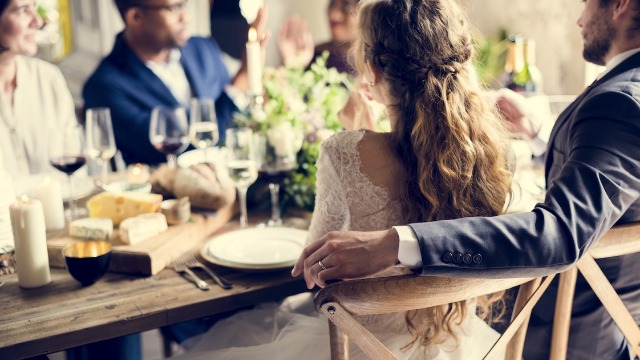 Woman asks if she was wrong to let ex's grandma convince her to crash his wedding.

Even amicable breakups that fade back into friendships are laced with intense memories, and it's completely reasonable for an ex's new partner to feel strange about your presence on their special day.

Still, most relationships live in grey areas and many people co-parent children with an ex, so cutting off ties completely isn't always a valid option despite discomfort. As with all relationships, open communication is key to navigating an ongoing relationship with an ex and their new partner.

In a recent post on the Am I The A*shole subreddit, a woman asked if she was wrong for crashing her ex's wedding at the request of his grandma, and it serves as a clear example of what not to do.

AITA for 'gate crashing' my ex's wedding and causing the marriage to get annulled?

I recently posted this on r/tifu and they made me wonder if I'm TA.

OP shared that her ex's wedding was in February, and while they've stayed in touch following their breakup a few months back, she wasn't officially invited.

My ex's wedding was in February. And like you could guess, I wasn't personally invited nor was I told anything about it from him even though we spoke daily. Well I found out about it from his grandmother (we're close) and she suggested I 'gate crash' and that she would cover for me (think she doesn't like the bride). I was interested in going because I wanted to find some closure since we had broken up rather quickly a few months before and I still wasn't over him. So I said yes.