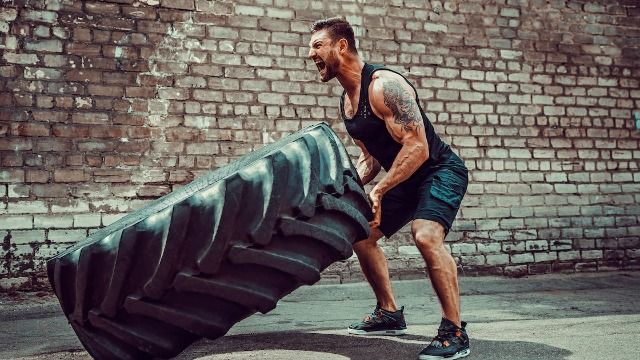 While it's understandable that working out and exerting your muscles can be somewhat noisy, screaming like you're dead-lifting an elephant riding a skyscraper in your home gym isn't the most peaceful dinner soundtrack...

Respecting your partner and your family by keeping your personal sound levels under control is part of any shared living space, and if someone is telling you that your nightly screams on the Peloton sound like an evil siren song from the banshee choir, it's time to practice some restraint. Of course there are always some understandable and uncontrollable sounds such as babies crying, dogs barking, or the blender for midnight margaritas, but if your new workout routine is causing everyone in your house to lose sleep, it might be time to pick up some lighter weights.

So, when a conflicted woman decided to consult the moral compass of the internet otherwise known as Reddit's "Am I the As*hole?" about her husband's excessive grunting while exercising, people were there to help deem a verdict.

AITA (Am I the As*hole) for asking my husband to control his grunting while working out?

During the pandemic, I bought a ton of home exercise equipment since the gyms closed. I paid for it out of my personal account. It did not go on the joint account. I'm only mentioning this because some people might think it's my exclusively my husband's equipment and I should butt out, but I'm the one who purchased it and assembled all the machines.

( Edit: that's not really relevant to the story at all, I just wanted to point out that it wasn't something that he already had in case anyone thinks that I moved in with him with this space already set up).