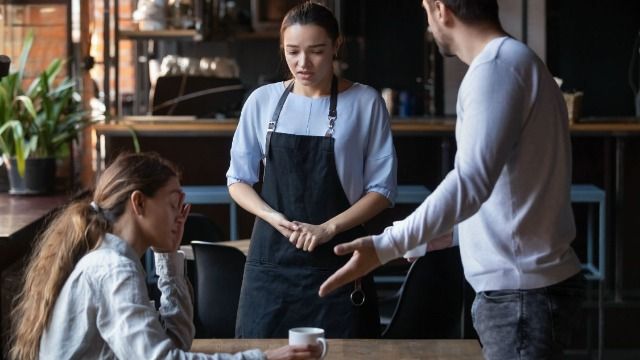 Woman asks if she was wrong to leave fiancè at restaurant after he tried to haggle with the waiter.

Being financially responsible is a valuable skill, but sometimes being thrifty can go a little too far...

There are certain places where it is just inappropriate and rude to try to haggle or fight for free or discounted items, and while it's always nice to score a good deal, sometimes you just have to pay the asking price and move on. Spending more money than you're comfortable with, or potentially putting yourself into debt is a stressful and risky situation, but if you have the money to treat yourself or someone you love to a nice night out, bending your budget a little bit is often worth it. You deserve that dessert with chocolate gold flakes!

While some couples expertly avoid discussing money in the beginning of a relationship, when things become more serious it's critically important to be on the same page when it comes to shared finances and household costs. So, when a newly-engaged woman decided to consult the internet's moral compass about an argument she got into with her objectively cheap and humiliating fiancè, the people of Reddit's "Am I the As*hole?" were ready to help.