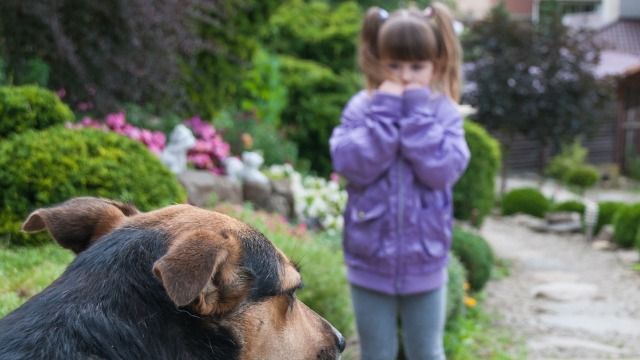 Woman asks if she was wrong to let dog knock over kid she had already warned.

Being a responsible dog owner means never taking your dog off-leash in public places, proper training that doesn't just mean "sometimes he sits if we have a treat," and keeping your dog comfortable and happy for the safety both the animal and other people...

So, when a frustrated dog owner decided to consult the moral compass of the internet otherwise known as Reddit's "Am I the As*hole?" about a conflict she got into with a neighborhood dad about her puppy, people were quick to help deem a verdict.

AITA (Am I the As*hole) for letting my dog push over a toddler?

I (20f) have an 8 month old puppy. He's generally very well behaved, we've been going to a trainer with him since he was 4 months but he's still an excitable puppy. I have him around young kids pretty often but I have them greet him properly first so they can play safely.

I take him for two walks a day which double as training sessions since he gets really hyped up outside and pulls/jumps which we'd like to stop even though he's not particularly big and that means we're frequently stopping and starting.

Today he started pulling near a local daycare, I stopped and he corrected himself so I gave him a treat and we went to head on when two young girls (2f, 4f) rushed over.