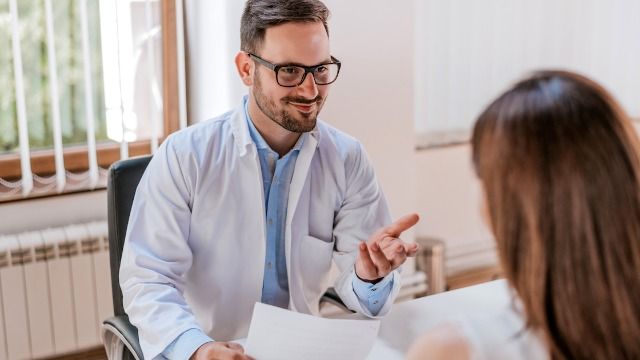 Woman asks if she should report doctor who congratulated her on unplanned pregnancy.

While it is common for people to say "congratulations" to pregnant women, it's important to remember that not everyone is overjoyed when they learn they're pregnant...

So, when a woman decided to consult the moral compass of the internet otherwise known as Reddit's "Am I the As*hole?" about whether or not she should report a doctor for being unprofessional, people were quick to offer advice.

Would I be the as*hole for reporting a doctor for him saying "Congratulations?"

I (37f) am married with two kids. I have had an IUD for 3 years. I hadn't been feeling well and so I thought I would take a pregnancy test just to be 100% certain I was not pregnant since when you call to get an appointment they will often ask you this. I knew it was almost impossible but figured I feel weird so what the heck.

It was positive. I was in shock and a little bit of terror since IUD births are not always .... pleasant. Nor did I have any desire to have any more kids hence the IUD.

I went to the Dr's office and the NP tried to do an ultrasound but didn't see anything so she asked if she could bring in another person. I said fine. This Dr comes in with the vaginal ultrasound and says he doesn't see anything but that just means it's really early.