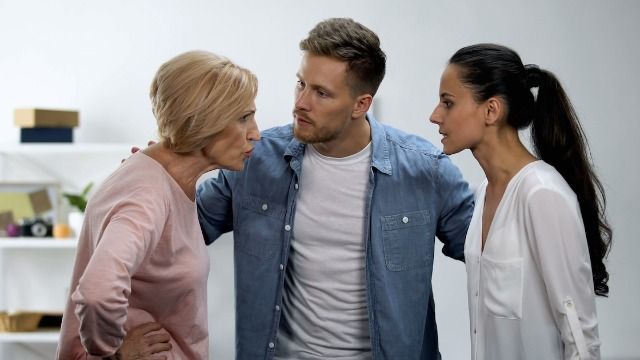 Woman asks if she was wrong to tell boyfriend’s controlling mom that he’s a ‘grown man.’

The reputation that mother-in-laws have unfortunately isn't always a pleasant one, especially when comments about stealing away "their precious little boy" creep into the family gatherings.

While it's important to stand up for yourself, sometimes it's easier to just smile and nod while your partner's parents vent about how nobody visits them anymore even though you're there every Sunday for brunch. As long as your partner doesn't throw you under the bus in the middle of the tense Thanksgiving political debate, choking down the passive aggression is occasionally simpler than stirring the pot. Overbearing, protective parents who doesn't realize their adult children are indeed adults can often be the fuel for dramatic fights on the car ride home from your niece's birthday party. Still, there are some situations that require speaking up.

So, when a conflicted woman decided to consult the moral compass of the internet otherwise known as Reddit's "Am I the As*hole" about whether or not she was wrong to be honest with her boyfriend's parents, people were quick to help deem a verdict.