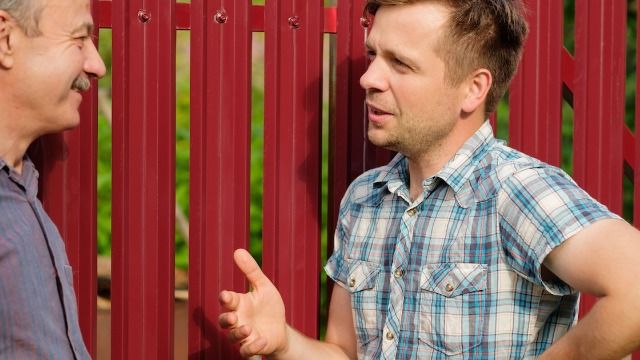 Woman asks if she was wrong to throw neighbors' dog poop in their yard.

Keeping the peace with neighbors is usually in everyone's best interest, but there are some occasions where a gentle tap on the ceiling with a broom during a 3 AM karaoke party or a friendly note on the door is in order...

So, when a frustrated woman decided to consult the moral compass of the internet otherwise known as Reddit's "Am I the As*hole?" about her neighbors' dogs behavior, people were quick to help deem a verdict.

AITA (Am I the As*hole) for throwing dog sh*t over my neighbor's fence?

I recently moved into my first house and have put a lot of effort in making our place feel like a forever home. My husband works full time and I am a stay at home mum with twins. When we first moved in, our neighbours introduced themselves over the fence and they were very friendly which was pleasing. It’s a comforting feeling that you know conflict won’t arise - or so I thought.

Now the issue is the neighbours have two jack Russell’s and I’m not sure if it is specifically the breed, but they love to dig. They have been burrowing the dirt that sits under the fence and regularly dig so far that they have made a tunnel from the neighbours house to mine.