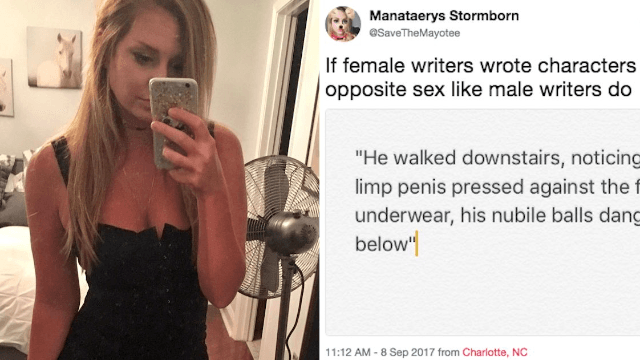 Aside from the use of flowery vocabulary and crisp punctuation, one of the most popular traditions in literature is writing creepy descriptions of female characters. Whether it's a roiling first-person monologue in which a female character waxes poetic about her own body parts, or it's a male character checking out a woman's goodies, male writers tend to do the most (creepy sh*t) in this area. Given this context, it makes sense that a woman went viral when she turned the tables on male writers.

Meet Manataerys Stormborn (probably not her real name), from Charlotte, North Carolina. She loves fighting the patriarchy, one viral tweet at a time. And sushi.