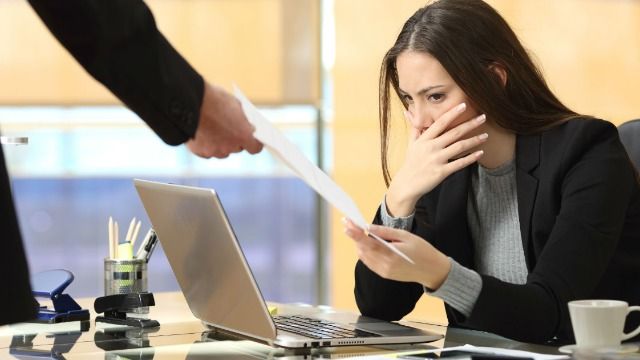 Woman who works for fiancé asks if she was wrong to tell him to fire her co-worker for lateness.

It's a tale as old as time for a younger employee to start dating the boss and get promoted surprisingly fast while the rest of the office side-eyes the situation and gossips about it in the break room...

While modern office culture doesn't operate like "Mad Men" anymore, working with or under your romantic partner can creative an uncomfortable work environment not only for you, but also for your co-workers. Most of the time, workplaces attempt to forbid office romance but if two people still fall for each other on the job, disclosing the relationship and keeping everything professional is critical to productivity and morale. While of course a driven and hard-working young person could earn a promotion before peers who have been with the company much longer through merit alone, it's usually not the best look when the person receiving that quick promotion also happens to be engaged to the owner of the company.

So, when a frustrated 24-year-old "Chief of Staff" for her fiancé's company decided to consult the internet's moral compass otherwise known as Reddit's "Am I the As*hole" about whether or not she was wrong to get her co-worker fired, people were quick to pile on and deem a verdict. Snitches don't get invited to happy hour!