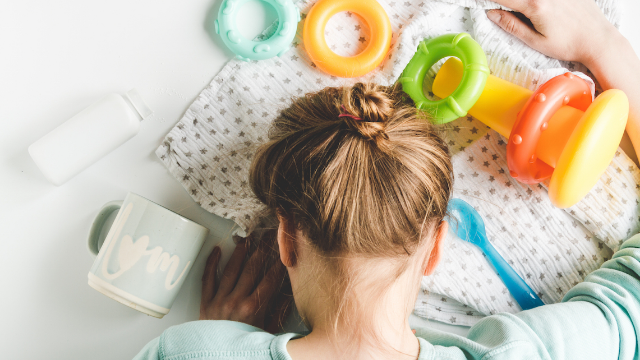 Thanks to social media, we get to see every single moment people have with their newborn babies. One could even argue that the five-millionth photo of Brenda at brunch with her baby is excessive. Not specifically saying I would, or that I have a friend named Brenda, or that I'm literally going insane from having to look at her photos, I'm just saying one could say that.

The thing about social media is that we often use it to portray a perfected, edited version of ourselves. This tends to be the case when it comes to new mommies posting as well. And it's understandable. When presenting yourself and your life to the world, you want everything to look good. But what we -- new mothers included -- might not realize is that the real version of ourselves is beautiful because of its authenticity.

YouTube star and comedian Colleen Ballinger decided to change the game by posting a photo of herself that revealed what motherhood really looks like. Let's just say it involves a variety of stains...