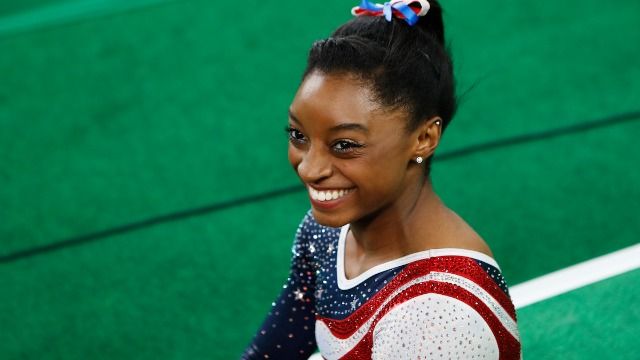 It's a sad day for Team U.S.A., as it's been announced that beloved American gymnast Simone Biles has withdrawn from the women's gymnastics team final on day four of the Tokyo Olympics.

The four-time Olympic gold medalist and fan favorite reportedly appeared "shaky" on the vault earlier today and landed with a big correction, prompting "gasps" from the crowd. She then left the arena to be attended to by the trainer.

Simone Biles has withdrawn from the team final competition due to a medical issue. She will be assessed daily to determine medical clearance for future competitions. Thinking of you, Simone!

24-year-old Biles told reporters she is "proud" of her team, who went on to win a silver medal in the final (Russia took the Gold, and bronze went to England).

She later told reporters she made the decision to focus on her "mental health," saying:

Whenever you get in a high stress situation, you kind of freak out. I have to focus on my mental health and not jeopardize my health and well-being...

We have to protect our body and our mind. It just sucks when you're fighting with your own head.