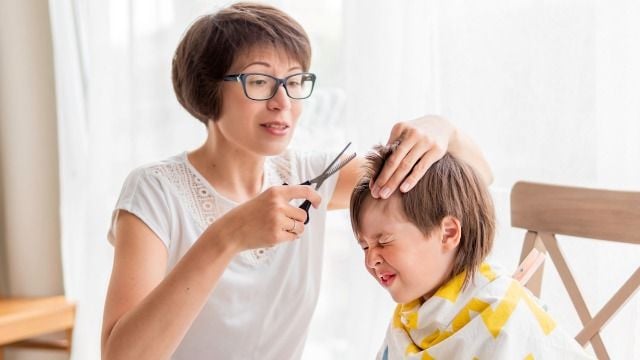 Woman asks if she was wrong to take stepson to haircut without dad's permission.

Being a step parent can be tricky. You want to take care of your step children, but you also want to make sure you're not overstepping boundaries. Plus, what if it's even more complicated? What if your step son or daughter makes a personal lifestyle choice that their biological parent doesn't agree with? Do you step in or is it not your place? When this stepmother takes it upon herself to take her stepson to get a haircut after he announces he's transgender, she takes to the popular Reddit forum to ask:

"AITA for taking my stepson to get a haircut?"

OP is the stepmom.

A few weeks ago my stepson (13M) came out to his father (40M) and I (32F) as transgender. His father has never believed in someone being transgender and was not open to it when his son came out. He always deadnames him and uses she/her pronouns when referring to him and talking to him. I've tried to get him to come around even suggesting going to a support group for parents with transgender teens, but he is not ready to change. I've told him that this treatment of his son is only going to blowback on him later but he's convinced "it's just a phase." -Resident_Step_1917