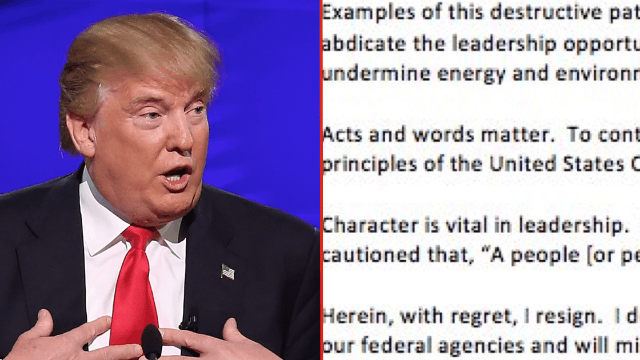 It's no secret that there are plenty of people in America who are dying for Donald Trump to be impeached. However, no one has expressed that quite as subliminally as Daniel M. Kammen, a professor of energy at the University of California, Berkeley.

Since 1996, Kammen has served various U.S. departments, and up until this week, he served as a science envoy for the U.S. Department of State. In the role, he worked on creating sustainable energy, creating jobs in the U.S., and building alliances with other nations. In response to a series of Trump's actions as president, namely his response to the white supremacy rally in Charlottesville, Kammen decided to step down from his position as science envoy, and he did so by sending Trump a letter of resignation. In the letter, which Kammen shared on Twitter, a hidden message is clearly visible–the first letter of each paragraph spells out the word "impeach."