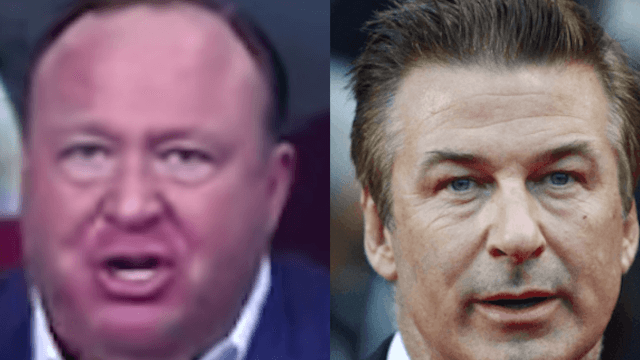 President Donald Trump isn't the only person who hates Alec Baldwin for doing an impersonation of him on Saturday Night Live. Infowars host and noted shirtless lunatic Alex Jones is so pissed off at Baldwin for portraying the president on TV that he has challenged him (no joke) to a "bare-knuckle fight" and threatened to "break his neck."

But the fight wouldn't be just for fun—whoever wins would donate a million dollars to the charity of the winner's choice. Somehow that doesn't make it seem any more sane, though, with Alex Jones yelling, "I hate you, and remember that, scumbag, forever!" Then he bellows, "We're going to defeat this anti-human scum!" before taking a break to eat some jalapenos (really).