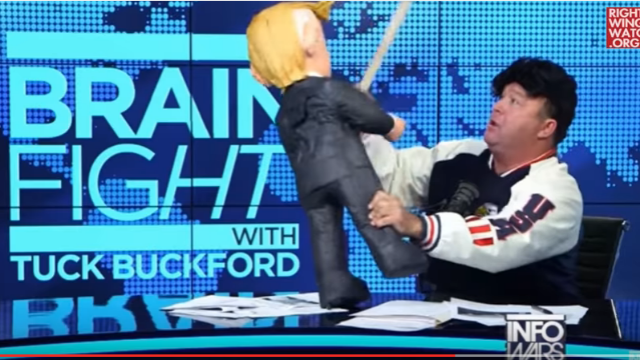 Let's hope Alex Jones attacking a Trump piñata is the weirdest thing you see all day.

Back in April, Stephen Colbert debuted a new character on The Late Show called Tuck Buckford—who was meant to be a parody of conspiracy theorist/presidential advisor (probably) Alex Jones. Which, let us just say, is not an easy thing to do without veering into Poe's Law territory.

Now, Jones has responded with a new character of his very own. The Real Tuck Buckford.