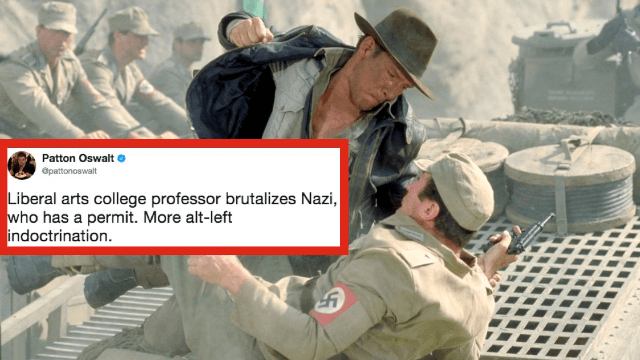 Yesterday, at a blitzkrieg of a press conference in his tower, President Donald Trump officially outed himself as a Nazi sympathizer, saying "both sides" are to blame for the violence in Charlottesville that left a counter-protester dead. "Both sides," as in, one side that was neo-Nazis and white supremacists, and the other side that was comprised of people whose existence they want to deny or exterminate. Equally BAD!

To defend the Tiki torch-carrying mob that chanted "Jew will not replace us," Trump made a point to say "what about the alt-left?", a new, made up term for anti-neo-Nazis that was recently invented to pretend that the left has an equivalent to hateful Pepe the Frog worshippers.

So if the "alt-left" are the people who fight the alt-right, Twitter shared some insights into what they really look like.