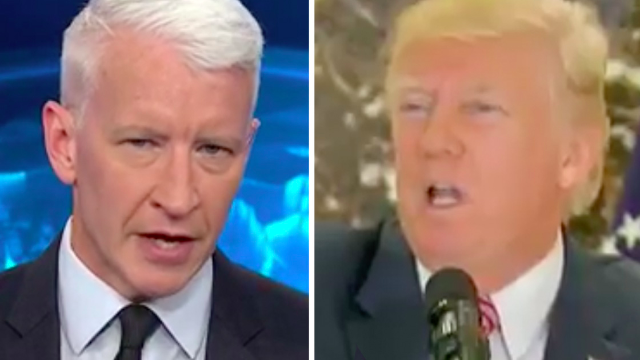 Anderson Cooper dissects Trump's Nazi-defense to expose him for 'what he really is.'

After Donald Trump turned his Tuesday afternoon press conference into a brain-hurting, ardent defense of Nazi protests, many were—not shocked, so much, as they were newly horrified. On Tuesday evening, Anderson Cooper opened with a somber report on the press conference, fact-checking Trump's most outrageous claims with video and logic in a 11 minute opening being hailed by other journalists as "powerful and moving."

Anderson Cooper just did one of the greatest TV openings ever. Said the prez left clear in which side he is & his support to racist protests