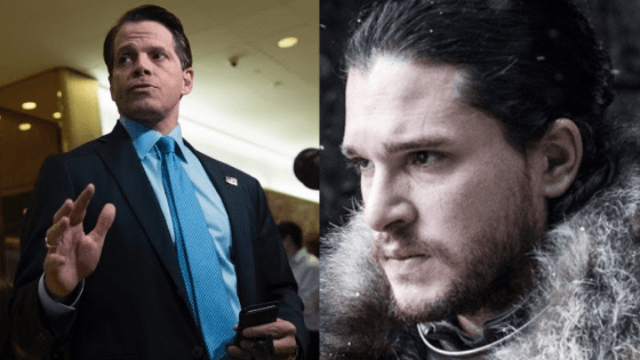 It sure looks like Anthony Scaramucci used 'Game of Thrones' to subtweet Trump.

Somehow, even Game of Thrones has managed to intertwine with the Trump Administration.

If even a man who chooses to go by "The Mooch" can make the connection to our current political scene, Snow must have really worked to hit us over the head with his metaphor.