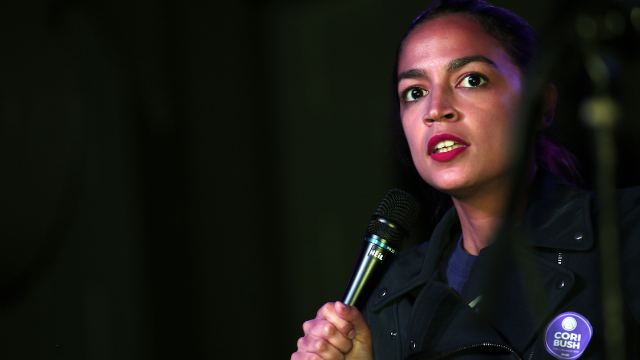 Alexandria Ocasio-Cortez has called out the U.S. Customs and Border Patrol for fostering a "violent culture" after a ProPublica report revealed border patrol agents were sharing violent, threatening posts about her in a popular secret Facebook group.

The posts about AOC came on the heels of her visit today to Trump's detention center/concentration camps, including one in Clint, Texas, where agents have been accused of keeping children in inhumane, neglectful conditions. The ProPublica article included screenshots of sexist, xenophobic and threatening posts and memes from the group, targeting AOC and other congresspeople as well as horrific memes and comments joking about dead migrants. The group, which is called “I’m 10-15”(10-15 is apparently code for “aliens in custody"), has about 9,500 members from across the U.S.) and, according to the intro, is a “funny” and “serious” place to discuss working with the U.S. Border Patrol.