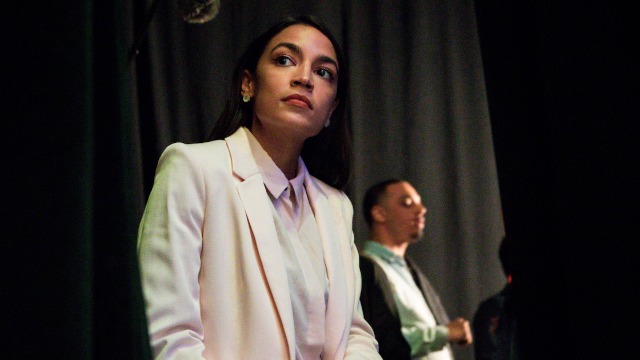 AOC responds to conservatives criticizing her outfit on the cover of 'Vanity Fair.'

Alexandria Ocasio-Cortez continues to rile conservatives with her every move. This week, the Democratic Congresswoman appeared on the cover of Vanity Fair, giving a no-holds-barred interview in which she criticized Trump's tax returns.

“These are the same people saying that we can’t have tuition-free public colleges because there’s no money," she said. "When these motherf*ckers are only paying $750 a year in taxes.”

Presenting our December cover star: Rep. Alexandria Ocasio-Cortez! Two elections in, the congresswoman is still fighting the fight—and she’s as sure as she’s ever been.

In addition to outrage over her NSFW comments, some conservatives zoned in on the designer outfit AOC was wearing on the cover, taking issue with the 31-year-old wearing expensive designer clothes for a magazine photo shoot.

The New York Post concluded that the cost of the various outfits AOC wore during the shoot cost over $14,000 in total. While Fox News and others criticized the Congresswoman for appearing in expensive clothes while upholding Democratic Socialist views and speaking out against Trump for evading taxes.