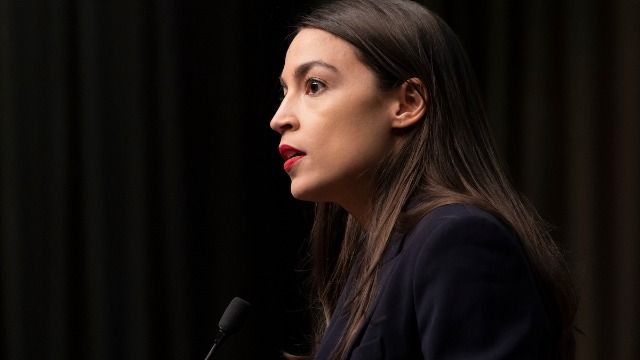 AOC responds to Marjorie Taylor-Greene calling her a criminal and a 'little Communist.'

Marjorie Taylor-Greene, far-right conspiracy theorist and Republican Representative for Georgia, went after Alexandria Ocasio-Cortez while speaking recently at a Trump rally. And you can guess who got the last word (hint: it's not the one who believes 9/11 was an inside job).

In a now-viral video from a rally for the former President in Wellington, Ohio, Taylor-Greene went on a rant against the New York Congresswoman, and she pulled out all the racist stops.

She accused AOC of "not being American" (where have we heard that before?), and a "little Communist," and said she should be "locked up" (more deja vu).

Marjorie Taylor Greene calls AOC a little communist and says locking her up is a good idea. She also says AOC isn’t an American pic.twitter.com/aCT1JTtC69