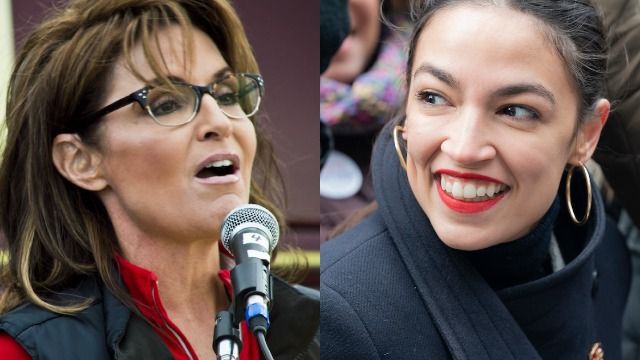 AOC responds to Sarah Palin calling her a ‘fake feminist’ by setting up a ‘hotline.’

Today I bring you the AOC vs. Sarah Palin feud you never knew you always needed. The former VIP-candidate recently slammed Alexandria Ocasio-Cortez during an interview on Fox News, calling the New York congresswoman a "fake feminist" after her criticism of Texas' recent abortion ban. For context: AOC recently said Texas Governor Greg Abbott didn't understand a "menstruating person's body" in response the stringent law illegalizing abortion after only six weeks (when many women don't yet realize they're pregnant).

"Wow, AOC she’s really milking this, isn’t she?" said Palin on Fox. "She’s such a fake feminist that she would bring up an issue like this and try to use it to make some kind of political point."

“She is such a fake feminist ... She’s milking the whole female thing, and as a real feminist, I’m embarrassed for her.” pic.twitter.com/EvW9YJ8TQv