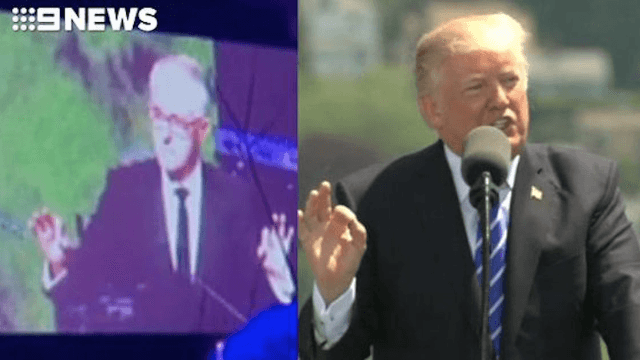 For someone who models himself after Mad Max's Immortan Joe, you'd think that President Donald Trump would be able to have a respectable relationship with Australia.

But his first phone call with Australian Prime Minister Malcolm Turnbull was famously a disaster: The Washington Post reported that Trump straight-up hung up on his counterpart Down Under. As awkward as that call was, the next one is gonna be even better/worse.

On Thursday, an Australian news network leaked a brief recording of Turnbull trying his tiny hands at a Trump impression at the Australian equivalent of the White House Correspondent's Dinner and LOL.