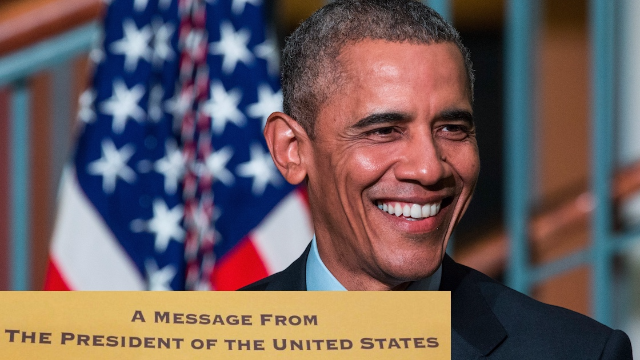 British man becoming a U.S. citizen is surprised to be welcomed by President Obama.

We all know that Donald Trump became president of the United States this past January, but you wouldn't know that if you read a welcome letter for new American citizens.

My British-born husband takes his oath of citizenship today. In the packet for new Americans, the welcome letter from POTUS is from Obama. 😂 pic.twitter.com/O56cMj0hhx