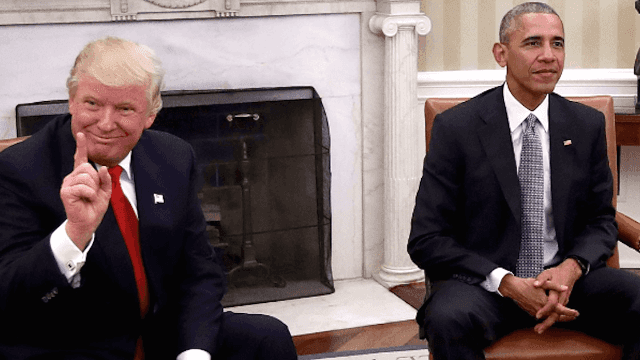 Here’s how the Obamas really feel about Trump and yeah, it’s what you expect.

Barack and Michelle Obama are People magazine's latest cover stars, and have gotten off the yacht to discuss what life is like now that they've left us and we're stuck with that temperamental new babysitter, President Donald Trump.

The juicy part isn't their next moves (books, advocacy, etc.) but the quotes that People got from their friends that allegedly reflect how they reeeeeeaaaally feel about their successors. It's, uh, not positive:

“He’s nothing but a bullsh–ter,” Obama told two friends early last November, describing an election night phone call with Trump, in which the businessman suddenly professed his “respect” and “admiration” for Obama—after years of hectoring.

And now that President Trump has been in charge for a few months?